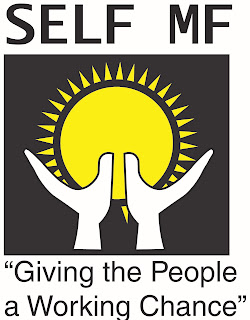 SELF Microfinance Fund is a product of Government Project which was known as ‘Small Entrepreneurs Loan Facility (SELF)” formed in 1999. SELF Project was among Government programmes pursuing poverty alleviation role on behalf of the Government which was jointly funded by Government of Tanzania and African Development Bank (AfDB).

The Project focused on enhancing the contribution of the Small Medium Enterprises (SMEs) to economic growth and reduction of poverty and to enhance microfinance industry in Tanzania through;

Strengthening the capacity of collaborating MFIs through training and institutional support; and

Promote and sensitize the formation of new grassroots MFIs.

The performance of the Project was significantly notable, and thus it was found to be beneficial to transform the Project into a sustainable entity beyond its project life to enable it pursue further this noble role. The Cabinet sitting of 13th June 2014; assented SELF II Project to transform to Company Limited by Guarantee (CLG), which conforms adequately on status incorporation, business form, assets transfer and ownership. SELF Microfinance Fund was incorporated on 14th September 2014 under Company Act 2002 as a Company Limited by Guarantee and the main guarantor being the Government of United Republic of Tanzania through the Ministry of Finance and Planning under the Treasury Registrar.

In November 2018, The Government of Tanzania reached the decision to merge SELF Microfinance Fund (SELF MF) and UTT Microfinance (UTT MFI). The merging aimed at synergizing human capital, Financial (Capital Investment) and business opportunities that existed between the two (2) companies and reduce Government dependence. Merging the two companies provided the new formed company with synergies and economies of scale that can lead to greater efficiency and profitability.

To see Job position and requirements including application mode click the link below to download pdf file with all information!