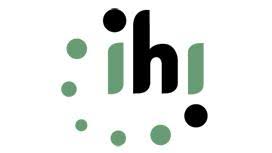 Job Opportunities at Ifakara Health Institute 2021, Laboratory Technologist| Ifakara Health Institute (IHI) is a leading research organization in Africa, with strong track records in developing, testing and validating innovations for health. We are driven by core strategic mandate for research, training and services. The institute’s work spans across a wide spectrum of sciences including biomedical and ecological sciences, intervention studies, health-systems research, monitoring and evaluation and policy translation. IHI has a history of more than 50 years. It is an independent non-profit organization registered in Tanzania.

The beginning: A visit to Ifakara by zoologist Dr. Rudolf Geigy from Switzerland in 1949 marked the beginning of over 50-year history of IHI. Geigy [1920-1995], a scientist from the Swiss Tropical Institute in Basel, sought a fieldwork location for researching on tropical diseases. Eight years later, he opened the Swiss Tropical Institute Field Laboratory (STIFL) there.

The name “Ifakara” refers to “a place you go to die”, a reflection of the historically high burden of disease in the area, before major control efforts started.

Transformation: In the years after the 1961 independence, STIFL played a central role in training medical officers who could serve the country after independence. The government mandated STIFL to play the role through the Rural Aid Centre, which was designed to undertake the assignment.

The deadline for receiving applications is 17:00hrs December 14th 2021.