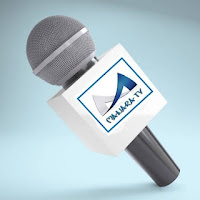 Haji Manara is the Current Yanga SC Official Spokesman and also He is the Brand Ambassador of Asas Diaries , Azam TV & also Bakhresa Group. Manara was born in Kariokoo, Haji Manara has loved football since long ago, having been born to a family of sports lovers. His father, Sunday Manara, won 43 awards for his country. His father also played for other countries like Austria, the USA, and the Netherlands. Haji followed in his father’s footsteps by loving football as a child.

” My father influenced me to love football, and from the moment I saw him play, I desired to be like him. Every time he traveled abroad, I went with him, and I am thankful I visited several countries. Today I am a good player, brilliant but there are few things I have not achieved’.

When he was growing up, Haji Manara attended school in Dar Es Salaam, where they taught people how to play football, but he was rejected due to the albinism condition.

Tanzania has recorded the highest number of albinos globally. The government has continuously put in policies to ensure they are protected against color discrimination and addressed the other citizens’ failure. The country may be declared unsafe for people with albinism. While many uneducated fellows claim albinism to be a sign of curses or bewitched people, the condition is caused by insufficient melanin pigment.

Previously as the head of communications at Simba SC, every struggle he endured growing up has shaped his confidence and courage to keep moving on. A good number of the fans were surprised by how well he played the game as it was assumed albinos couldn’t play football. Haji Manara has played for different leagues in Zanzibar and was one of the best players not exceeding 19 years. After his formal education, Haji Manara continued pursuing his interest in sports.

Haji Manara Online TV is a  News, Entertainment, Lifestyle Online Channel that has Varieties Of Programs including Talk Shows, Documentary, Available at Youtube.

The deadline for receiving Applications is November 24 , 2021